What is Anzac Day? New Zealand 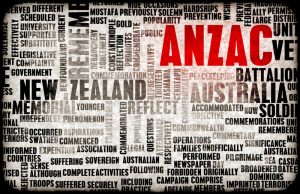 The Day of 25 April celebrates Anzac Day in New Zealand, but what is Anzac Day?

Anzac Day is a day set aside as a day of remembrance to honor all Australians and New Zealanders who died while serving their country during the wars, conflicts and other peacekeeping operations. Originally, this holiday was created to honor those who served in the Australian and New Zealand Army Corps (“ANZAC”) who fought against the Ottoman Empire at Gallipoli in WWI.

With WWII, Anzac Day was expanded to commemorate all those who gave their lives in any military service.

What is Anzac Day – Gallipoli

In 1915, during WWI, the New Zealand and Australian soldiers allied together to form an expedition to recapture the capitol of the Ottoman Empire (Constantinople). Anzac soldiers landed at Gallipoli on 25 April. What was supposed to be a strong strike against Germany’s ally in the war, turned into an 8-month campaign, and all involved suffered heavy casualties.

What is Anzac Day in New Zealand?

In 1920, Anzac Day was made a mandatory observed government holiday (“gazetted holiday”) through the Anzac Day Act. This meant that every 25 April, all commerce, sports or entertainment was banned. A new Anzac Day Act was passed in 1966 to allow for shops to open and sports and entertainment to commence after 1:00 p.m. the day of the holiday.

Anzac Day has many traditions and depending on the country and region, observance may look different. You can find more information about this historical New Zealand holiday here.