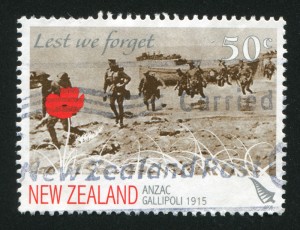 If you’re visiting New Zealand this month, be prepared to come across passionate local people and businesses who are preparing to celebrate Anzac Day. If you’ve never heard of this before, you’re probably wondering; “ What is Anzac Day? ” Here’s a brief overview of the history behind Anzac Day.

Who Are the Anzacs?

The term Anzac is actually an acronym for the Australian and New Zealand Army Corps. The Anzac Corps were formed early on during the Great War, which took place between 1914 and 1918. The term Anzac was coined to allow for both the Australian and New Zealander forces to retain their separate identities as contributors to the corps during the war. While the term Anzac was originally meant specifically to describe those soldiers who fought in the Gallipoli Peninsula battle, the description behind the term eventually expanded to also include any New Zealand or Australian soldier who served.

What is Anzac Day? – The Gallipoli Peninsula

The Anzacs’ first participation in the war was at the Gallipoli Peninsula on 25 April 1915 in an attempt to overtake the Turkish defenders and claim the Dardanelles, which was the gateway to the Black Sea and Bosphorus. The Turkish forces were resilient; many lives were lost that day. Unfortunately the Anzac were unable to overtake the Turkish defenders. The place where they landed adopted the name Anzac Cove.

Anzac Day is a day to celebrate both the fallen and returned servicemen and women who fought bravely for their country. It was first unofficially celebrated on 25 April 1915, and officially recognized as a national holiday in 1921. For more detailed information on Anzac Day, its meaning and its rich history, visit the New Zealand History Page on Anzac Day.