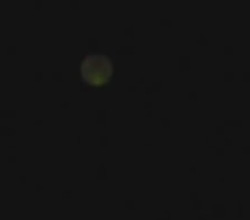 Some of the most beautiful visual gems belonging to “Mother Nature” are found right here during the evening hours at Hicks Bay, New Zealand. With the warmer season upon us, now is the perfect time to linger outside for a bit after nightfall to take in some spectacular views.

As the sun descends behind the horizon and says goodbye to another day at Hicks Bay, many photographers from around the world have waited patiently behind their lenses in an attempt to capture this wonder on film. With the ocean’s spray splashing against the rocks in the foreground, you’re sure to capture a calendar-worthy view that won’t disappoint. Hick’s Bay sunsets are only topped by the world’s first sunrise seen from the East Cape Lighthouse at Otiki Hill.

Phenomenal View of the Stars…

Without the bright city lights to drown out the night sky, you’ll gain one of the best views of the celestials you could hope for. The otherwise dark skies light up when a full moon presents and familiar constellations are easily spotted and recognized by amateurs and seasoned star gazers alike. Some are even fortunate enough to witness meteorites shoot across the night sky.

This area is rumored to be a “hotspot” for unusual celestial sightings. The Ngati Porou people believed that a greenish comet-like light object seen traveling horizontally across the night sky was a precursor to either the passing of an important figure or the foretelling sign of a fortunate event. Whether or not you believe the UFO stories are true, Hicks Bay has certainly earned its reputation for unique night-sky sightings. See one of the strange sightings which we caught on film from the motel here.