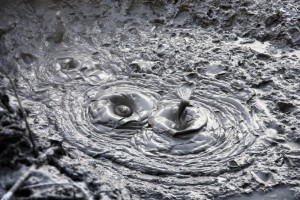 There’s nothing more exhilarating and magical than an up-close encounter with the natural wonders created by New Zealand’s geothermal activity. From bubbling mud pools to giant craters, you’ll be humbled by the earth’s shameless display of unadulterated, raw power.

What Causes the Abundance of Seismic, Volcanic and Geothermal Activity in New Zealand?

New Zealand sits on a fault line, that is, where two of the earth’s tectonic plates meet. Specifically, the country sits on the infamous Pacific Ring of Fire which is known for its increase in seismic and geothermal activity. The earth is constantly moving and shifting, which causes these plates to rub against each other. These kind of movements in the earth’s crust are what produce the powerful natural geothermal wonders seen and enjoyed by those in New Zealand.

New Zealand natives and locals have enjoyed the gems left behind by geothermal activity for centuries. Some even believe that the natural bubbling mud and heated pools possess healing properties, while others enjoy them simply to relax. Many of the day spas in Rotorua have capitalized on these natural gems, offering tourists and visitors a place to comfortably enjoy what the earth has to offer.

One of the most famous New Zealand geothermal park is Hell’s Gate located in Rotorua. They offer guided tours through the geothermal terrain, a view of the largest hot-water waterfall in the southern hemisphere, and luxurious spa packages where you can envelope yourself in the relaxing mud pools or sulfur spas.